In this worksheet, students will investigate how metal can be extracted from rocks by heating them with carbon.

Curriculum subtopic:   Reactivity of Metals How are Metals with Different Reactivities Extracated? Improving Processes and Products Obtaining and Using Metals Reactivity Series and Extraction of Metals

A very few unreactive metals are found in nature in metallic form (called native metals), such as these tiny nuggets of gold: 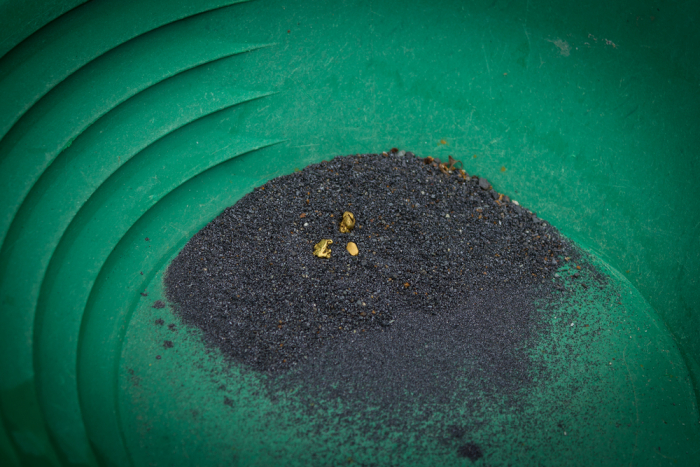 Unfortunately, most metals react with oxygen in the air - so we find ores instead. Ores are rocks made of compounds containing large amounts of a metal. Most of the time, these compounds are oxides. For example, iron ore commonly contains magnetite (Fe3O4) or hematite (Fe2O3). There is plenty of iron ore in the world... 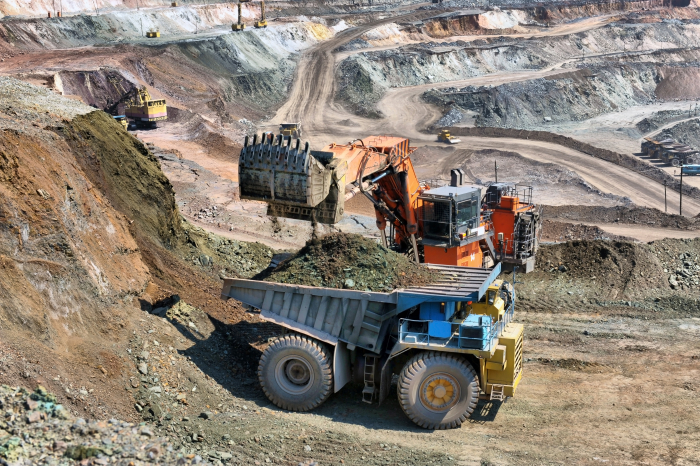 The process of extracting a metal from its ore is called smelting... but how do we go about it?

The answer was discovered, probably by accident, about 8,000 years ago. Stone age people found that putting certain rocks on a wood fire produced metals. The first metals discovered this way were lead and tin, but the basic idea works for copper and iron as well. Iron is the most important metal in modern engineering, so let's consider that.

Iron is more reactive than gold, but it's still not that reactive. In particular, iron is less reactive than carbon. This means that we can do a displacement reaction:

The same principle works for all metals that are less reactive than carbon. The metals commonly extracted from oxides by this method are zinc, iron, tin and copper. We don't usually need to extract silver or gold from ores because they are usually found as native metals.

How do we smelt iron?

The basic idea of smelting hasn't changed since ancient times. We take iron ore and heat it with carbon. The carbon is both the fuel to produce the heat, and the reducing agent for the ore. 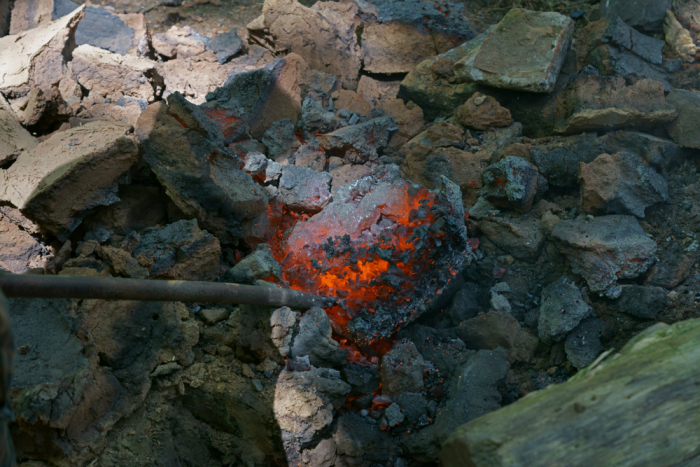 A modern blast furnace uses a version of the same process, optimised to efficiently produce iron with low levels of impurities. To do this, the temperature inside the furnace is about 1500°C. At these temperatures, the reduction of iron becomes a two-stage process. First, carbon reacts with oxygen to make carbon monoxide:

Then, the carbon monoxide reacts with iron ore to produce iron and carbon dioxide:

The idea of reduction came from the conversion of metal ores into metals. By driving the oxygen atoms off an ore, we reduce its mass - the mass of a lump of iron will be less than the mass of the iron oxide it came from. In hematite, the iron is Fe3+ ions. To turn these into metallic iron atoms, iron needs to gain electrons - OILRIG - oxidation is loss (of electrons), reduction is gain (of electrons):

The positive carbon monoxide ions then react with the negative oxygen ions left over from the hematite to make neutral carbon dioxide.

We can extract several important metals - copper, tin, iron and zinc from ores by heating the ore with carbon. Whatever the details, this works by a displacement reaction - carbon displaces the metal from the oxide to produce carbon dioxide. Because this process works by a displacement reaction, it only works for metals which are less reactive than carbon. For more reactive metals, we need to use electrolysis.