Read and Understand Stories from Other Cultures: 'The Merchant's Purse'

In this worksheet, students read the tale of 'The Merchant's Purse' and answer questions based on the story.

This is an old Jewish tale. Read it and then answer the questions. Remember that you can look back at the story as often as you like by clicking the Help button. 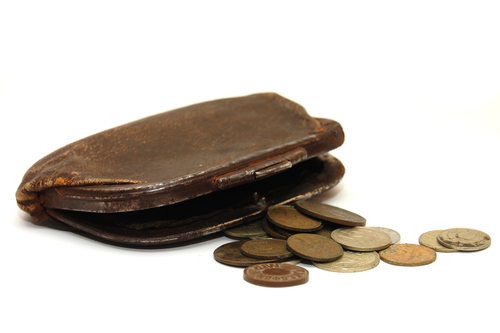 One day, a poor beggar named Buki found a leather purse that someone had dropped in the market place. A group of four ragged children formed a circle round him to see what was inside. Opening it, Buki discovered that it contained a hundred agorots, which gleamed and twinkled in the sunlight. Buki's heart raced. 'I will never go hungry again!' he thought. Then his conscience started to disturb him, like a little shadow. 'What if another unfortunate person has to go hungry?' Buki asked himself.

At that moment, he heard a wealthy merchant shout, 'My leather purse is lost! A reward to the person who brings it to me!'

Buki knew that the merchant was not poor. However, with the ragged children following him, he went to the merchant and handed the purse to him saying, 'Here is your purse.' The merchant took it and hurried on his way. Buki followed him and, when they were close to the Synagogue, Buki said, 'May I have my reward now?'

"Reward?" scoffed the merchant, greedily counting his agarots. "Don’t trouble me now, for I am a holy man and I am on my way to pray in the Synagogue. So Buki went to the entrance of the Synagogue and the children wandered off. Buki waited on the steps outside until the merchant came out.

'Now may I have my reward please, Sir?' Buki asked.

'Reward?' scoffed the merchant. 'Why, the purse I dropped had two hundred agorots in it. You've already stolen more than the reward! Go away or I'll have you thrown into prison.'

'I'm an honest man,' said Buki defiantly. 'Let us take this matter to the court.'

So Buki arrived in court, bringing the four ragged children who had seen him opening the purse. 'I have brought some witnesses,' he said. The court judge patiently listened to both sides of the story. He asked the children how much money Buki had found in the purse.

The judge thought hard. Then he said, 'Justice must be done! Merchant, you stated that the purse you lost contained two hundred agarots. That, indeed, is a considerable loss.'

'Indeed it is, Your Honour,' said the merchant, with a bow.

'But,' said the judge, 'the purse this beggar found had only hundred agorots in it. Therefore, it cannot be the one you lost.' And, with that, the judge gave the purse and all the coins to the beggar. Buki gave some coins to each of the children, then went cheerfully on his way.