Identify the Features of a Newspaper Report

In this worksheet, students will identify the typical features of a newspaper report.

EXTRA! EXTRA! READ ALL ABOUT IT!! 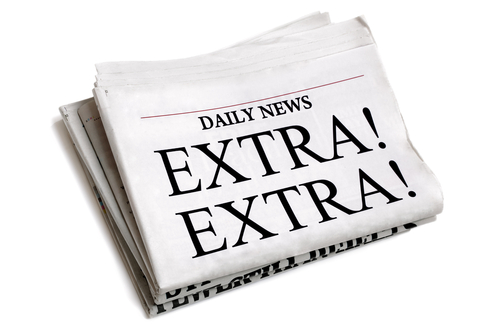 Newspaper reports have features that make them different to other types of report writing.

A newspaper story begins with a headline to grab people's attention and make them want to read on.

Some newspaper reports also have a subheading just below the main headline, giving more information about the story to follow.

The first paragraph of a report is sometimes called the orientation. It usually sets the scene and summarises the main events that will be described in more detail later in the report.

The main body of a report comes next, divided into paragraphs.

Lastly, the final paragraph of the report often sums up what has happened or suggests what might happen next.

Look at this newspaper article based on the well-known nursery rhyme Humpty Dumpty.

Yesterday afternoon, the well-known local celebrity Humpty Dumpty was lucky to escape with his life after falling from a four-metre high wall in the local park onto hard concrete. He is currently being treated in hospital. It is believed that Mr Dumpty was sunbathing on the wall at around two o'clock yesterday afternoon when he nodded off to sleep and toppled forwards. He fell to the ground and shattered into dozens of pieces.

Horrified onlookers used their mobile phones to call for assistance. The first on the scene were the King's horses and men, but despite their best efforts they could not put Mr Dumpty back together and all seemed lost. However, paramedics from the local hospital were more successful, and Mr Dumpty is now recovering in hospital.

Local shepherdess, Bo Peep, who saw the accident, told us what happened.

"I was just out looking for my sheep when I heard a terrible, smashing sound," she said. "I really thought that he had been killed, but I'm so relieved to hear that he is going to get better."

Mr Dumpty's family have thanked well-wishers for their gifts and cards. It is hoped that he will be released from hospital in a few days.