In this worksheet, students will learn the notation for vectors using algebra and be able to apply it when describing vectors. 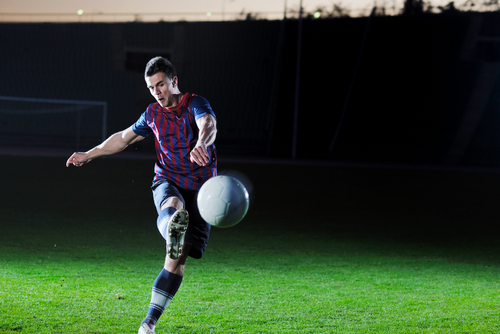 Have you seen a footballer take a swerving free kick? By kicking the ball in just the right place they manage to curl it around the wall of defenders and into the back of the net.

The kick has direction and magnitude (size), the two properties required to describe vectors.

Without even realising, footballers are using vector calculations every time they kick a ball!

Vectors are often described using letters. They are represented with a labelled arrow between two points. 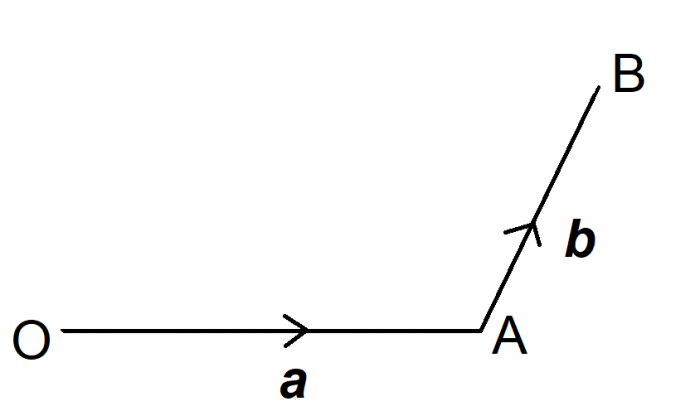 Two bold capital letters indicate a "route" between those two points. For example, OA means the route from O to A.

An important rule to remember: If you want to "travel" in the opposite direction to your given vector, you must reverse the sign. For instance, we know that OA = a. Therefore, the opposite route, from A to O, ("AO") is defined as -a. This is a rule you may need to apply when combining vectors and writing them algebraically.

A typical GCSE exam question will present you with labelled vectors between various points, and then ask you to define a new vector between two of the points.

If you imagine the vectors as directions between two places, the way to join them together is to add them.

Let's look at an example and how to solve this type of question.

Define vector OB.
As you can see, there is no line connecting points O and B, so you need to take the "long way round". If you think of O, A, and B as locations, and a and b as routes, you would first need to travel from O to A, and then travel from A to B. This means your route OB would be defined as a + b, because you have added the two routes together.

There is no need to make anything negative, because the path you have taken is in the same direction as the given vectors. 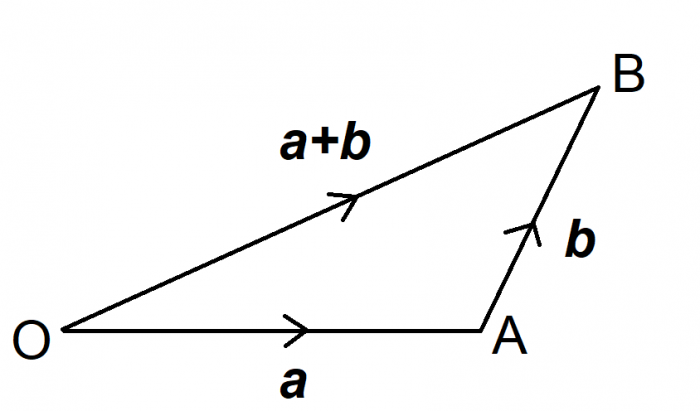 Proving that two vectors are parallel

One last rule to be aware of: you can prove (or disprove) whether two vectors are parallel by showing whether or not they are multiples of each other.

For example, if you had the vector a+b, any multiple of this would be parallel to it. This would be a vector such as 2a+2b, 3a+3b, and so on.

This same proof can also be used for showing whether various points are on the same straight line.

Have a go at this activity and see if you can apply these rules.