The Earth's Structure and Substance Composition

In this worksheet, students will learn about the structure of the Earth and the elements and compounds it is composed of.

Curriculum subtopic:   Composition of the Earth

The diagram shows the structure of planet Earth. The inner core is solid with a liquid outer core. The core is mainly made of iron. The region between the outer core and the crust is called the mantle. The mantle is made of oxides and silicates, which make various types of rock. Evidence suggests that the mantle is solid, but it liquefies when subjected to high temperatures. The most common elements in the Earth's rocks are oxygen, silicon, aluminium, iron, calcium, sodium, potassium, magnesium. The semi-molten parts of the mantle are called magma. 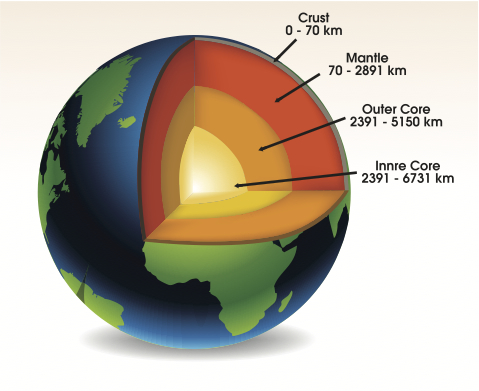 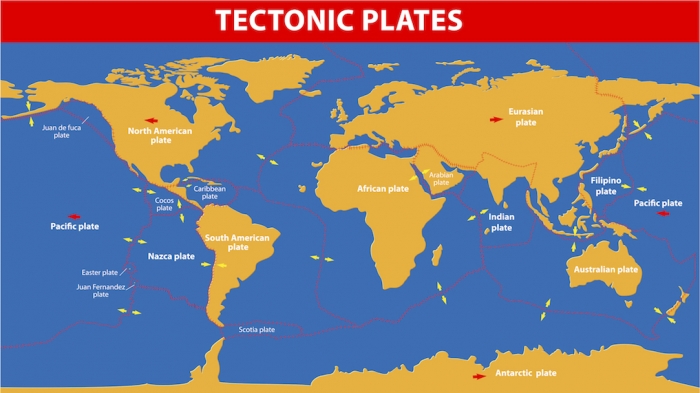 The tectonic plates constantly move over a few centimetres a year. Over millions of years whole continents have drifted apart; this is called continental drift. The plates move because of the convection currents in the Earth's mantle, caused by heat from the decay of radioactive elements, such as uranium in the Earth's mantle. The diagram below shows the evolution of the Earth over millions of years. The original single continent was called Pangaea. 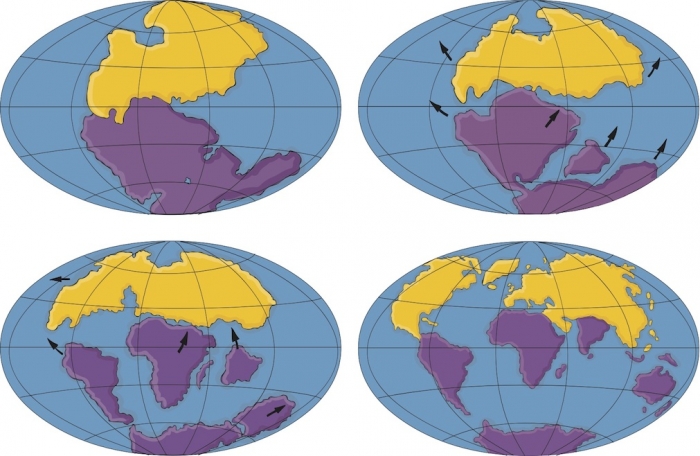 Earthquakes and volcanic activity are concentrated around the boundaries of the plates. This is the evidence for the existence of tectonic plates. There are three types of boundaries: 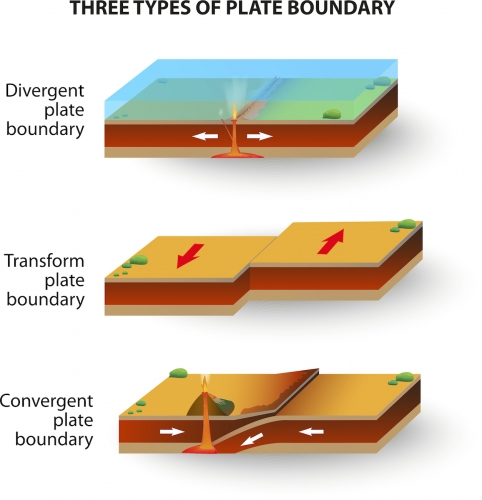 Volcanoes form around divergent (also called constructive or tensional) plate boundaries. At a convergent (compressional or destructive) plate boundary the denser oceanic plate is forced underneath the continental plate. The point where this happens is called the subduction zone. An earthquake may be triggered in that area and a volcanic eruption is possible, as magma finds its way through cracks formed by extreme pressure. At transform plate boundaries the plates slide past each other.