In this worksheet, students read a passage from the book Midnight by Jacqueline Wilson. Then they answer questions to check their understanding.

Read this extract from Midnight then answer the questions. Jacqueline Wilson, the author of Midnight, is both one of the most popular authors of children's books in the UK and the former Children's Laureate. Add quotations from the text to back up your answers but do not copy too much!  A few words is sometimes all you need.

You can view the text again as you go through the questions by clicking on the Help button. 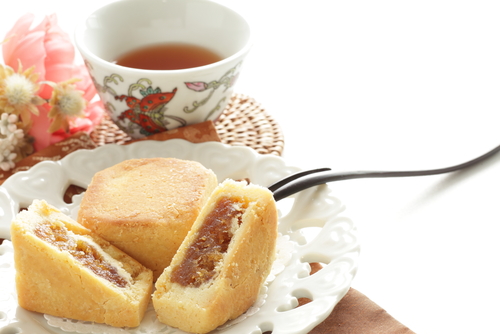 I might be cool Will's sister but I was clearly the saddest little baby in Year Seven. I didn't have a hope of making friends with any of the hip, stylish girls in my class. I was stuck with Marnie and Terry - and they made it clear they thought me pretty peculiar too. They were interested in the sound of my fairy-infested bedroom though, and nagged me to invite them home.

I'd been to tea at Terry's house (terrified we might end up having a teddy bears' picnic with the bears in the bedroom) and I'd been to a sleep-over at Marnie's house. Marnie wore a puff-sleeved pink nightie and pink fluffy bedroom slippers. Terry wore a Care Bears nightshirt. I wore my usual big black T-shirt and black knickers. I hadn't realized we'd loll around in our night-things half the evening. I felt horribly bare. I ended up borrowing Marnie's pink quilted dressing gown, looking a total clown.

I dreaded inviting them back to my house but they were insistent. I didn't want them to go off me altogether. I didn't really like them but they were the only real friends I had. So I asked them round one Friday. Dad was away on a 'How to Police a Major Disaster' course. The evening with Marnie and Terry turned into a domestic Major Disaster. I still go hot all over thinking about it.

I'd asked Mum of they could come round, half hoping she'd say no. But Mum seemed thrilled that I had some proper friends at last and said she'd love to have them both to tea. This started up warning signals in my head. I told her she needn't bother with a proper tea. We could have a takeaway pizza. Mum reacted as if I'd suggested we each eat a takeaway cowpat. 'I can't give guests any old takeaway rubbish,' she said. 'They're not guests, they're just two girls in my class.' 'Which two?' said Will, groaning. I mumbled their names. 'What? You mean Tweedledum and Tweedledee?' Will said cruelly. Then he said a swear word at my stupidity and Mum sent him out of the room. 'Gladly' said Will. 'And I'm not coming back, not while those two are twittering away.'

Will stayed resolutely in his room for Marnie and Terry's visit. They kept looking up hopefully whenever they heard his floorboards creaking. They might still frequent Bears-and Beanie-Babyland but they were boy-mad too. And especially mad about my brother Will.

It was total torture. Mum fixed one of her terrible old-fashioned high teas, the sort she had when she was a little girl, the sort Granny has - cold meat and crisps and salad with the radishes and tomatoes pointlessly cut into patterns, fruit salad and ice cream, then jam tarts and chocolate swiss roll and fairy cakes. 'Fairy cakes,' said Marnie, nudging Terry. I went as red as my raspberry jam tart. They were sending me up. It was agony being sneered at by the likes of Marnie and Terry.

My fairies had been an embarrassing disappointment to them. They stared up at them, their brows wrinkled. 'They're not like proper fairy dolls,' said Marnie. 'I didn't realize you meant they were just little rag-dolly things,' said Terry. 'They're not dolls. They're models,' I said stiffly. The Rose Fairy and the Crow Fairy and all their sisters dangled sadly from their strings, wings limp, heads lolling. 'Did you make them yourself, Violet?' said Marnie. 'My brother helped,' I said truthfully. Will always cut out and sewed a tiny green satin heart for each fairy and I inserted it in each small cloth chest. But this was our special secret. I knew he'd die if I told Marnie and Terry, so I kept quiet about his contribution. I couldn't completely protect him though. Marnie announced she was going to the bathroom. The door was open so she couldn't have mistaken it. But she walked straight past and barged her way into Will's bedroom. 'Ooh, sorry. Will - wrong room!' she squealed, and then started giggling explosively. Terry scurried after her, going, 'Oh Marnie, trust you!' Will slammed the door in their faces.